The Rise Of Neverwinter

In the Slum of Neverwinter

On this Forum players can choose to give an advanced notice about the date and time of a scheduled event they are running.
Post Reply
1 post • Page 1 of 1

In the Slum of Neverwinter 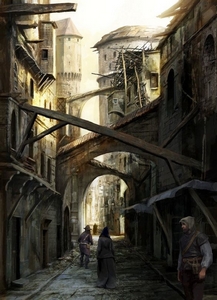 Rumors circulating in the Neverwinter Slum, and posters posted there.

Posters have been put up un the Slum of Neverwinter.

Inhabitants of Neverwinter and subjects of the king,

My name is Legris, and I have been a citizen of the city for a long time now. Yesterday I was killed like a dog, without regard, without reason, without trial, at the Moonstone Mask. I was resurrected by the grace of Waukyne.

Why was I inflicted with death? Because I was accused of being a follower of the Dark One, a dark god whose name I will not write here. But it is false, I am not.

The law of our city, the law of the king, says this:


*Worship of dark gods will not be allowed on King's Land.
Actions under this law include
Attempting to preach and covert,
Hold ceremonies in their names
Declare their power as the reason for an event.
And any other action used to bring glory or attention to these deities

I did not perform any of these actions.

And the law also says very clearly this:


*Violence is not allowed without cause. One subject of the kingdom may not harm another subject unless they have the proper cause.
These include,
Defense of person, family, or property needed to survive.; Crops, home, livestock, clothing.
And agreed upon duels. These duels will be held at the beach, no exceptions.
This law is in place for all subjects, be they noble or common.

Therefore, our king decided to kill me without proof, without trial, outside of all legality. My king, you have been deceived. I cannot believe that you can act outside the law, your own law, and without even confronting me with these slanderous accusations.

It takes evidence to judge a man. And everyone must submit to the laws of the realm. Without this, the kingdom will sink into arbitrariness and eventually chaos.