The Rise Of Neverwinter

Portraits of the characters

Portraits of the characters 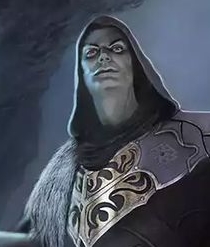 A man in his forties, with an emaciated face and a shaved head. He has large dimples.

He is tall, lean, and has a dry and apparent musculature. He stands hunched over, speaks with a nasal voice and often appears nervous. His company is unpleasant.

His gaze is cold. He can stare at someone for a long time, without apparent reason. His pupils are as fine as pinheads.

He tries to keep his emotions to himself. Sometimes he frowns sharply and mumbles a few words with his head down.
Top 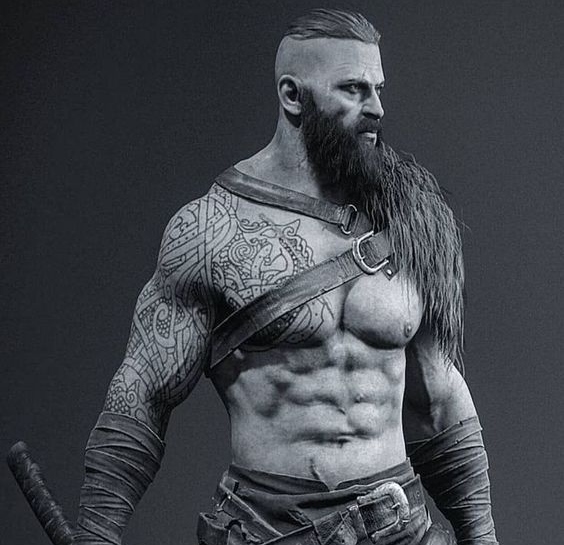 In game examine: This towering, muscular man stands an intimidating 6'8". His dark brown hair is shorn at the sides and back, leaving only a section on top kept out of the way in a knot at the crown of his head. Icy blue eyes glare at the world around him from atop a large nose that looks to have been broken several times. Scars line is face from past battles only hidden by a full and well-groomed beard. Several small braids are littered throughout. Any exposed skin below his head is covered in Nordic designs and runes, inked to his body.
Last edited by Elliot on Fri Apr 01, 2022 3:32 am, edited 1 time in total.
Top 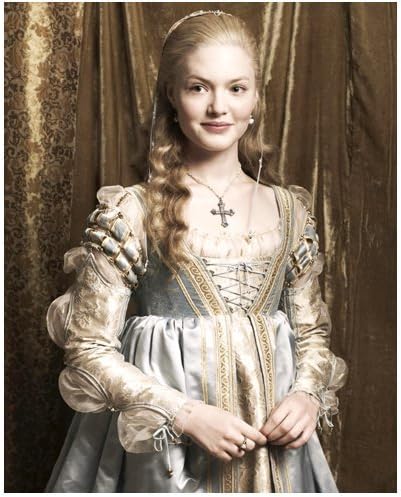 Physique: Small, lithe and nimble but also rather weak and fragile

IG description: Golden hair glows like a halo around a pretty face that is always quick to smile while light blue eyes shine bright.
She looks like an elegant young lady dressed in an alluring gown that shows off her delicate shoulders and collar bone. The bodice hugs her feminine form while the long skirts move beautifully with every poised step she takes. Her demeanor and movements are graceful and refined. It is clear to anyone that she has a noble upbringing. If you get close you would smell a faint hint of roses.
Last edited by Ghostly_Rose on Sun Jan 15, 2023 11:53 am, edited 1 time in total.
Top

The Elf known as "Greeny"

Description: a rather fancily dressed Moon Elf, though rather short and scrawny. He always seems to have an eye out for a bargain and is often in the Market, supplying goods and services on Sergius' behalf.

A fairly agile moon elf, medium height, a distinguishing trait is the lack of an eye and a long scar running through it.
He wears simple clothes, hiding his long white hair under an hood. On his garments there are numerous pockets, some bags, vials and a scroll holder. On the right hip there are two crossed daggers of good craftmanship and a magical bow that carries over his shoulder.
The bow draws attention, the craftsmanship is elven and it is completely surrounded by some High Elven runes that pulsate magic. In some places, however, it appears that certain runes seem to be missing, as it is the string.

Among the various traits, the most known are his love for carrot biscuits, apples, milk and juices. He loves carrot cookies so much that he asked for a special order at the Sunken Flagon.

If you ask him what his real name is, he doesn't answer. Currently Hawkeye only knows his name while the house he belongs to is unknown. Did he probably come to Neverwinter to understand something about his family's past and his origins? ((Up to DMs))

He has a particular hatred for drow and elves known as Eldreth Veluuthra.

Although he has spent some time with humans and non elves, he struggles to speak common. 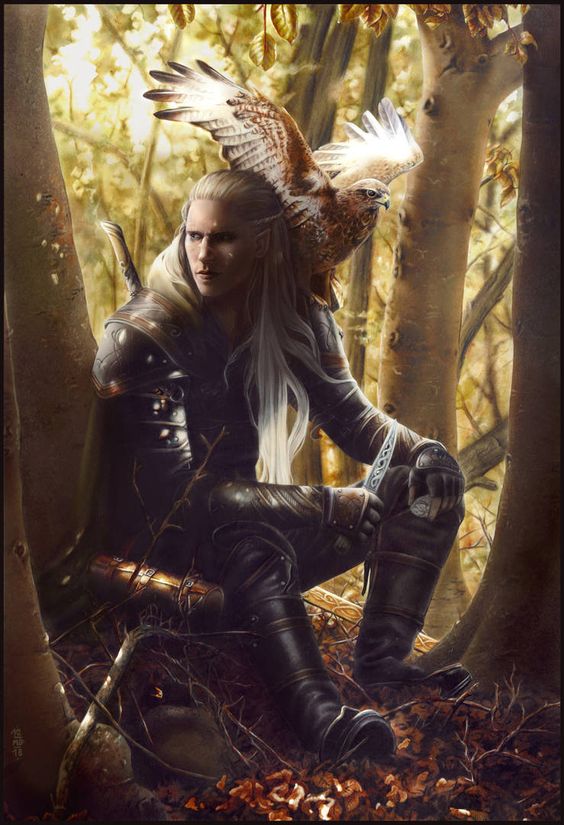 Yamish Greenthorn
As he looked when he first truly emerged from the slums. 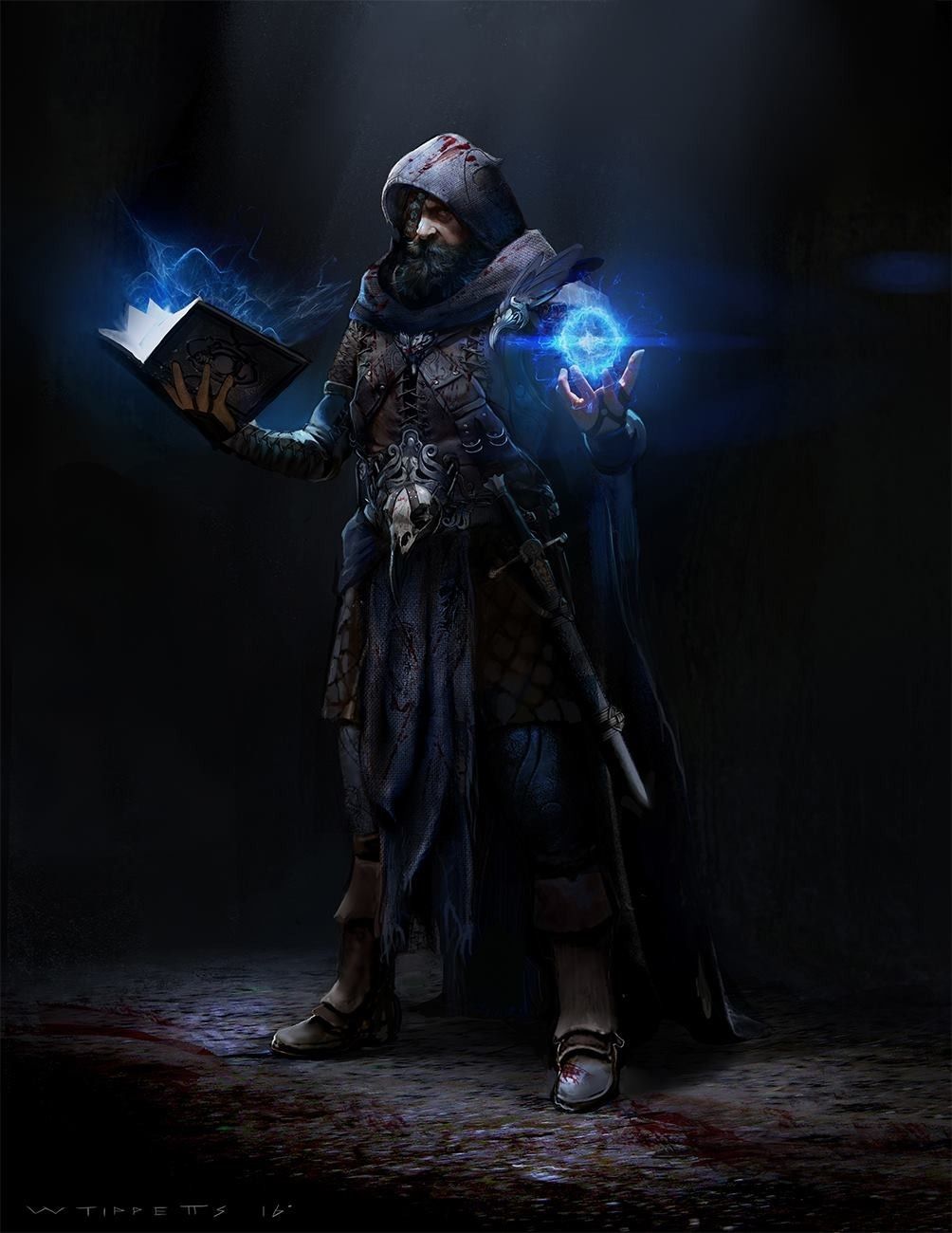 Description
Age: 19 during the Defense of Fort Locke from the Dead
He stands of slightly above average height and is of fit build.
He wears a thick brown beard and usually keeps his matching hair secured tidily.
His light, grey-blue eyes typically have an intensity, as if he is waiting for a fight, but always with a glint amusement, or possibly mischief.

The Deal
Common enough things to have become public knowledge or easily found out if asked around:
Yamish is from the slums.
He is an arcanist.
He grew beyond the mindset of the slums because of the Neverwinter Library.
He is currently assisting The Library in its reconstruction, restoration, and recovery of goods.
He wants to see The Neverwinter Library restored beyond what it was and become the greatest regional repository of knowledge.
Top 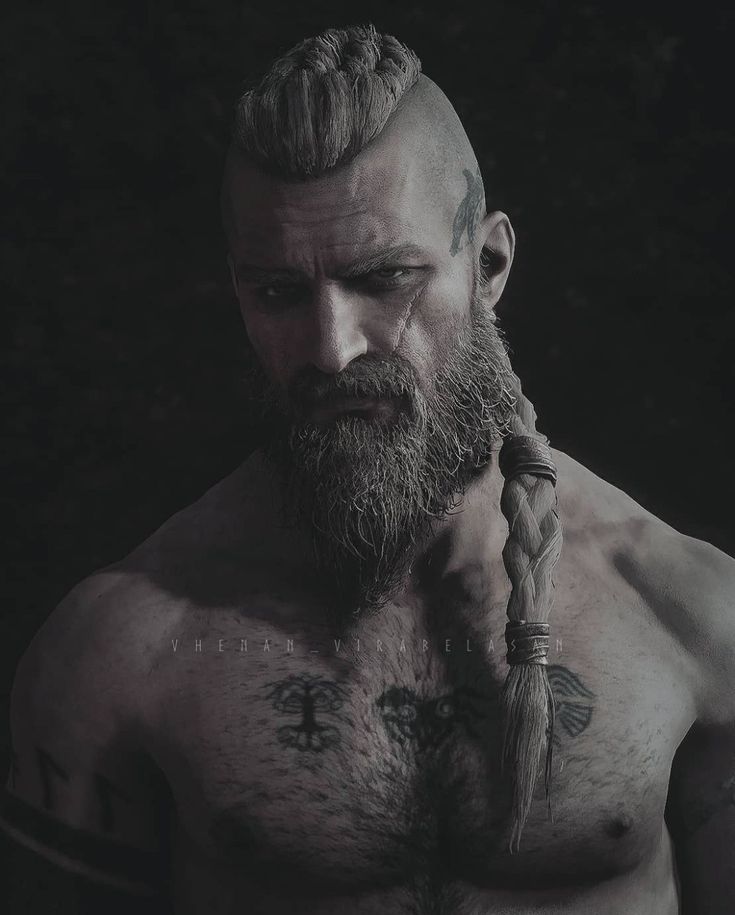 The Ruathen Jarl's hulking form stands as testament to the endurance and spirit of the often-thought frail mortal body; the raw and brutal punishment that mere flesh can take, and then keep moving. Thick skin, thick arms, a thicker axe - for Rune Haraldsson, so he claims, nothing more is needed.
Top

Physical Description
Black wavy hair falls out from the side an back of a dark pirate hat. The hat sits upon his 2'5" 35lb thin frame built for speed. His thin face sports a trim barely noticeable beard and a mustache that when grown long enough curls upward at the end. His attire is one to look like pirate clothing, loose fitting and baggy with high boots. An open shirt reveals a family brass colored locket hanging on his chest. Two Kukri's ride in small leather sheaths on his leather belt.

Adjusts his slipping hat occasionally. Will speak like he is afraid to do tough battles but for the most part does fairly well. His humor is evident whether on purpose or accident. If any will ask a silly question it is him. He is not afraid to bring up the awkward due to his inquisitiveness.

Og the Mouse. He is a farmer who loves to adventure and see what is behind the locked trapped chest. Dreams of owning a pirate ship and key shop for opening locks. Has picked up the Elvish language. Traveled to adventure after leaving Gullykin after his favorite pig Ruby Roo died. Is searching for a White rabbit. His emotions have gotten bigger then he is as he has fallen hopelessly in love with Merinn. Which he calls being Merinnated. 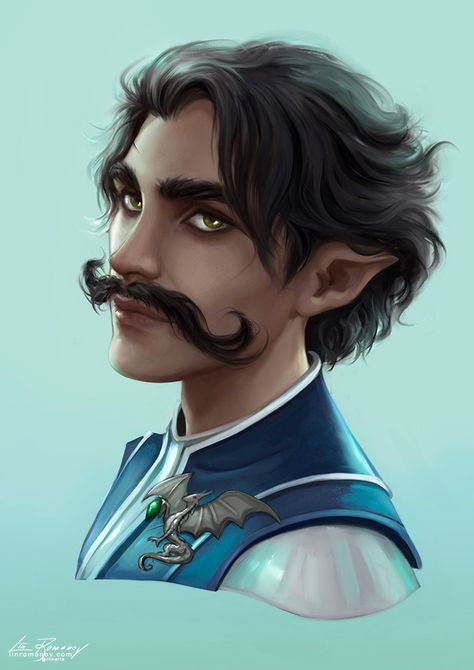 Hair: Dark brown with a shadow of mossy green

Physique: Skinny but agile and quick. If she does not want to be seen she can disappear quicker than you can stay stop.

IG description: This young and skinny little elf before you moves with a confidence and grace that can only be compared to a feline, fluid and predator like. A low hood covers most of her face but a flash of green eyes can be seen on occasion and a wicked smirk seems almost permanently etched into her features. Her simple clothes are more often than not stained with blood and her cloak and boots are dirty from traveling. Clearly her appearance matters little to her. 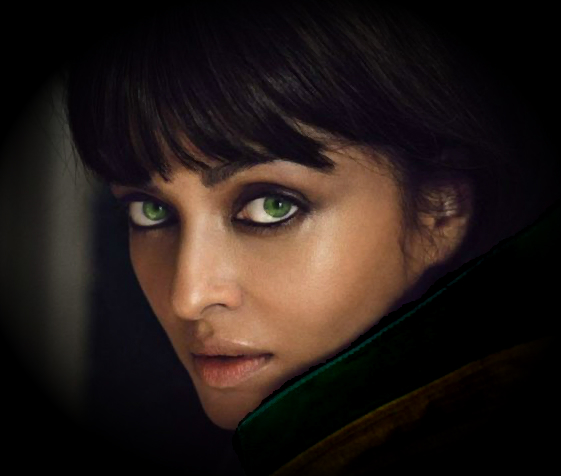 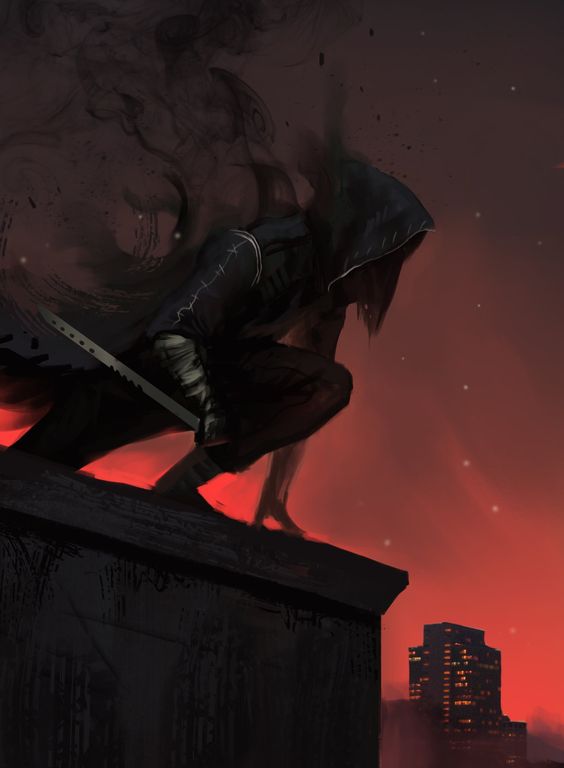 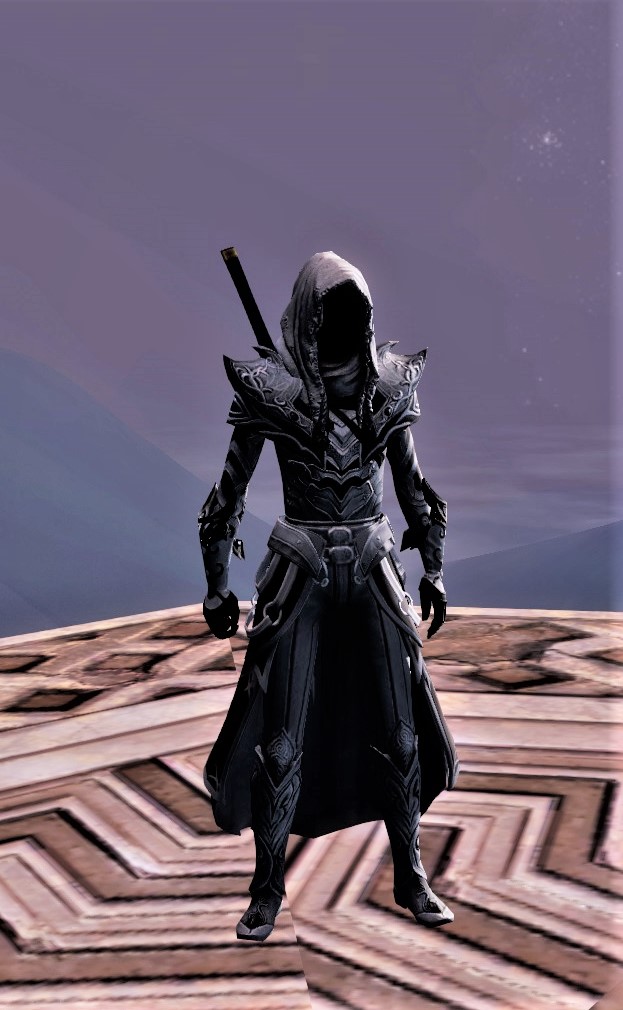